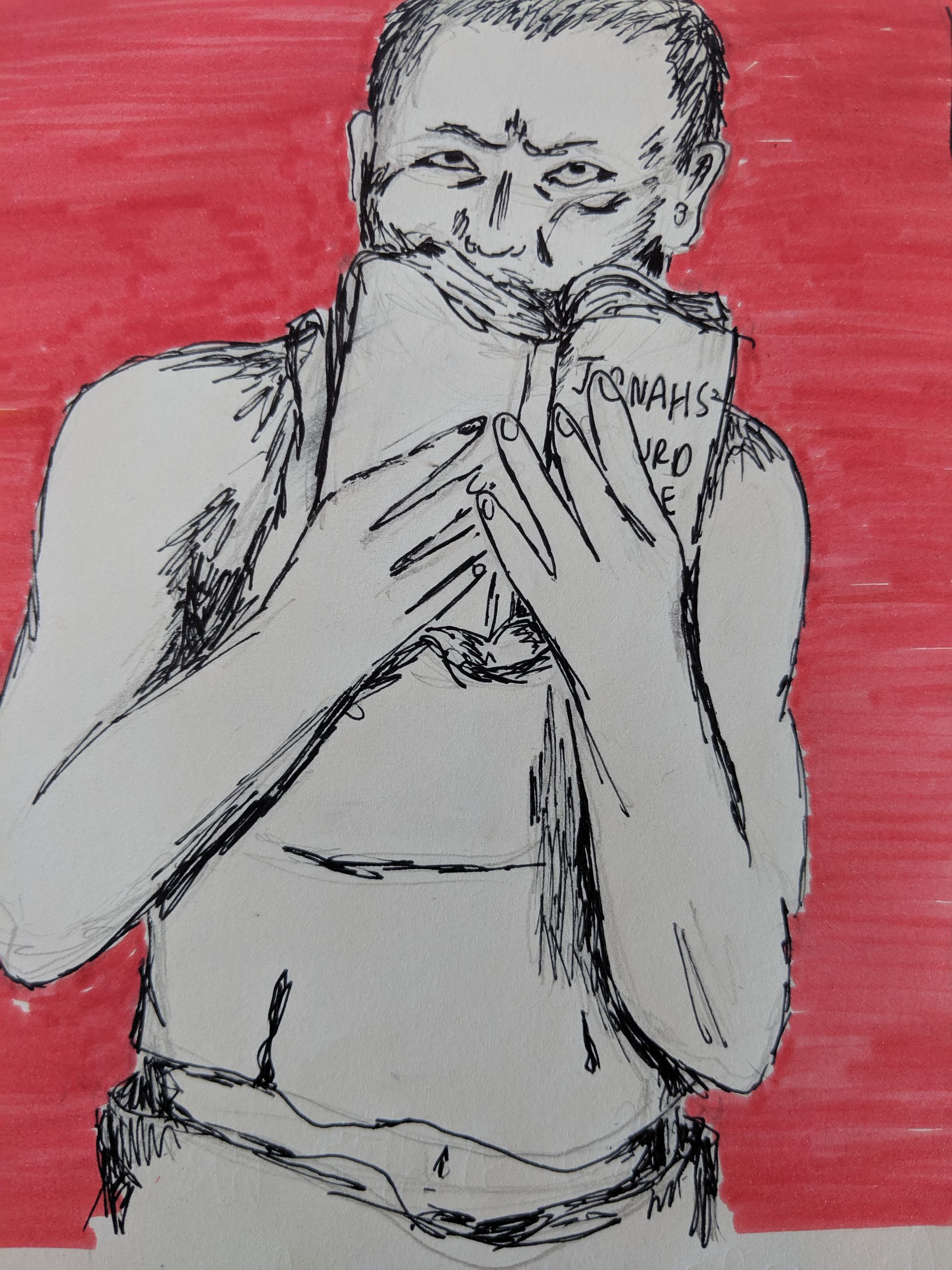 Don’t miss out on the latest issues. Sign up now to get access to the library of members-only issues.

It is September, which means it is time for an August reflection. Is contentment possible? Or does the internet (which is where we all live), and its ever-proliferating alleyways of content (CONtent, not conTENT) lead irrevocably to dissatisfaction? In the internet, we are all kings. Unfortunately, we are all King Aethons, cursed for eternity to stuff juicy hypernuggits of data, data, and more data into our hot little eye-mouths, only to feel more and more starved for nourishment. I'd rather get offline and eat potato chips. All other roads lead to hell twitter greek mythology depression naps. Here are the potato chips of the month (satisfying, crunchy, and rarely just a snack):

Short story
I haven’t been able to stop thinking about David Erik Nielson's "In the Sharing Place," a terrific tale about a post-apocalyptic children's home. The story starts off so slowly that by the time you realize you're being dragged by your eyeballs into a horrifying (??) acid trip, it's too late. The narrator is tricky, the prose is nice, Nielson is phenomenal at visceral squirmy imagery, and the ending is so deliciously ambiguous that it will stick with you, like a good meal prepared under dubiously hygienic circumstances.

Unfortunately, "In the Sharing Place" isn't available online. It was originally published in the August 2018 issue of Asimov's, and it's hard to find back issues of Asimov's, even on their website. (Oversight? Or is Asimov's launching a silent attack on the relentless proliferation of hypernuggits?) I read it in The New Voices of Science Fiction, a wonderful anthology published in 2019 that features some writers who have really blown up in the past three years (Rebecca Roanhorse, Amal El-Mohtar, Sam Miller, E. Lily Yu), and mostly really solid bangers of stories. I got my copy from the library.

"This Place is Best Shunned" by David Erik Nielson is available to read for free on Tor.com, and it is very good, so there you go.

Novel
After finishing Ceremony by Leslie Marmon Silko for the first time this month, I immediately read it again. I wanted to stay in the book. I still feel bereft, now that I’m no longer inside of it, with Tayo, Old Grandma, Betonie, and Ts'its'tsi'nako, Thought Woman, the spider.

"But you know, grandson, this world is fragile."

The word he chose to express "fragile" was filled with the intricacies of a continuing process, and with a strength inherent in spider webs woven across paths through sand hills where early in the morning the sun becomes entangled in each filament of web. It took a long time to explain the fragility and intricacy because no word exists alone, and the reason for choosing each word had to be explained with a story about why it must be said this certain way. That was the responsibility that went with being human, old Ku'oosh said, the story behind each word must be told so there could be no mistake in the meaning of what had been said; and this demanded great patience and love.

Ceremony is attention, and poetry, and myth, and slowing down-ness, which is probably why I wanted to stay inside of it, because it allows you, the reader, to slow down, to pay attention, to be still for as long as the spell of the novel holds. Tayo, a young half-Pueblo, half-white man, returns to his reservation from fighting overseas in World War II, and a years-long stay in the mental health ward of a veterans hospital, and slowly tries to find meaning, truthfulness, and healing again on the land of his people.

I do wonder what this book, published in 1977, would have been like if Leslie Silko had written in the 2000s, or even 1990s. Whether the novel's women would have received more care and complexity; whether Tayo's confused male interiority might have departed even further from lit's accepted "confused white male interior" voice.

Essays
A few. But in the spirit of keeping things simple and hyperlinks to < 3, I will share only "Love in a Time of Terror" by the late Barry Lopez.

"Evidence of the failure to love is everywhere around us. To contemplate what it is to love today brings us up against reefs of darkness and walls of despair. If we are to manage the havoc—ocean acidification, corporate malfeasance and government corruption, endless war—we have to reimagine what it means to live lives that matter, or we will only continue to push on with the unwarranted hope that things will work out. We need to step into a deeper conversation about enchantment and agape, and to actively explore a greater capacity to love other humans. The old ideas—the crushing immorality of maintaining the nation-state, the life-destroying belief that to care for others is to be weak, and that to be generous is to be foolish—can have no future with us."

Because love is not enough, there are Movies and TV
The Sandman! The Sandman! On Netflix! With special attention paid to episode 11, "Night of a Thousand Cats/Calliope" Why? Because Sandra Oh voices a gorgeous nightcrawling siamese who proclaims,

And that's reason enough for me!

PS: In authorly news (exempt from the hyperlink rule??)

>>  My short horror story Every Atom Belonging to Me As Good Belongs to You is up for free at Nightmare Magazine.

>> An old essay I wrote, Love and Affection, is finally up at Black Warrior Review.

>> As always, everything up to date at my lil website